Bill Wright worked at Chrysler Corporation from 1953 until 1972. Among his assignments was assisting in Chryslers racing efforts, most notably with Dodges new Charger Daytona. Fortunately, Bill kept hundreds of pages of letters, notes, technical publications and other paperwork that he accumulated during those years. After his death in 2015, Bills family turned over his entire document collection to noted Chrysler enthusiast Greg Kwiatkowski, also the current owner of Chryslers high-speed Charger Daytona test vehicle. Greg has graciously made Bills collection of documents available here for viewing. 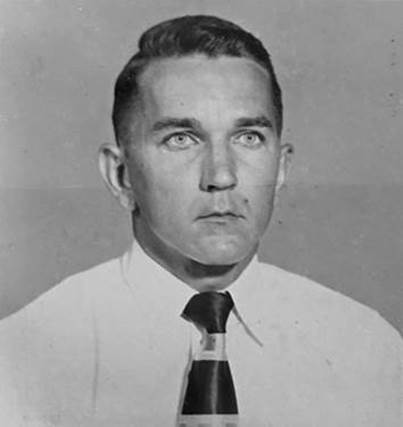 Bill Wright, probably not long after joining Chrysler in 1953.

Born in Memphis, Tennessee on November 22, 1927, William Paul Wright grew up in Lauderdale County, Alabama. From preschool age, Bill helped with all the chores on his fathers dairy farms. He attended Margaret Darby's kindergarten, and the Kilby Training School.

As a teenager, Bill bought a tractor and earned money plowing the fields of local farmers who were serving in the war. He attended Central High School, drove the school bus and built his first hot rod.

In 1946, Bill was drafted into the Army and chosen for training in Cooper Hill, Colorado as a ski trooper. This instilled in him a lifelong love for snow skiing, one he would share with his friends and family for decades.

After his discharge, Bill attended the Alabama Polytechnic Institute at Auburn, Alabama, where in 1951 he earned a Bachelor of Science Degree in Mechanical Engineering. He was then accepted at the prestigious Chrysler School of Engineering in Detroit, Michigan in 1953, earning a Master of Automotive Engineering Degree there in 1955. After graduation, Bill assumed technical supervisory responsibility, becoming an integral part of Chryslers engine research and development, to include work on early Hemi and gas turbine car engines. He spent weekends racing on Woodward Avenue or skiing with friends in Ontario. There Bill also developed a love for stock car racing.

In 1956, Chrysler transferred him to its new Missile Division in Huntsville, Alabama, where for two years he worked on the Redstone and Jupiter programs. There, Bill served as a technical staff assistant to the Huntsville Plant Manager, providing customer liaison and organization assistance. He was privileged to be an integral part of the birth of Americas space program. Dr. Wernher von Braun was among the many men and women he worked with during that time. There he also met the woman that would become his wife, Mildred Anne Speegle.

From late 1957 to 1958, Bill was supervisor of a mechanical design group which included responsibility for liquid rocket booster propellant systems, pneumatic and hydraulic systems, environmental control and integration hardware.

From 1958 to 1962, he managed an engineering department and supervised design, evaluation and analysis projects on the Jupiter and Saturn Programs in the areas of rocket propulsion and associated system design, flight evaluation and simulation, heat transfer and special systems analysis studies. 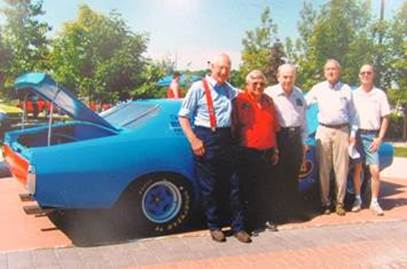 Later in 1962, Bill transferred to the Systems Static Test Branch as manager of the Saturn Vehicle Engineering Test Section which had the responsibility of captive testing of the S-1 booster.

From late 1963 into 1965, he was a member of the branch managers staff in charge of advanced engineering studies applicable to the Saturn Program and served as a special consultant for all test activities.

From 1965 to 1968, Bill was the manager of the Structures and Mechanics Department Advanced Studies Office. He was directly in charge of many advanced studies within the department.

By 1969, Chryslers rocket program was winding down, and Bill used the resources available in his testing lab to help develop Dodges latest entry into NASCAR, the legendary Dodge Charger Daytona. This was the first stock car to officially exceed 200 mph on a closed course, and it was among his proudest achievements. After leaving Chrysler in 1972, Bill went into the familys antique business, and began selling oriental rugs. He enjoyed meeting people from all over the region through his business.